Who voices Peppa Pig? Meet Amelie, the voice behind Peppa! 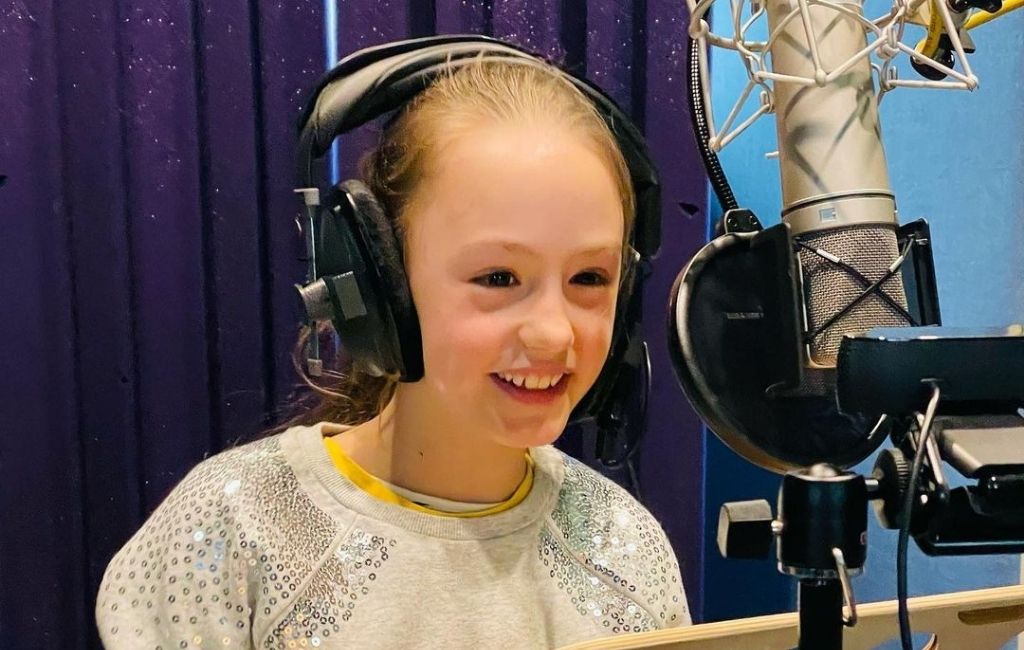 Peppa Pig is voiced by Amelie Bea Smith. Amelie is an 11 year old British actress and is the
fourth person to voice Peppa, which she describes as a “dream come true’.

Peppa Pig is a British animated TV series for pre-school aged children. The show
focuses on the daily adventures and activities of title character, Peppa and her family and
friends. The series has been a huge global success and has won several awards since it
started in 2004; before Amelie was even born!

Amelie’s been a fan of the hit series since she was very young. She appeared on ITV’s This
Morning in June 2021, where she told Holly Willoughby and Philip Schofield that she had
watched lots of Peppa Pig. Amelie also admitted that the first word she ever said was
“Peppa”.

Amelie Bea Smith landed the huge role of voicing Peppa Pig in January 2020 and has been
the voice of Peppa ever since. As well as providing the voice for Peppa Pig in the animated
TV series, Amelie’s voice is also used in other Peppa Pig projects.

Amelie sings as Peppa Pig in the 2021 album Peppa’s Adventures: The Album. You can
hear her voice in songs such as Birdy Birdy Woof Woof, Perfect Day and Bing Bong Champion, which features such lyrics as “I can be a champion! We can be so great” and “Feel so proud that you have tried.”

Peppa Pig has previously been voiced by Lily Snowden Fine, Cecily Bloom and Harley Bird,
who provided the voice for Peppa Pig from 2007-2020, featuring in 185 episodes of the
Show.

Harley Bird became the Peppa Pig voice when she was just 5 and won a British Academy
Film Award for her voice acting in 2011, becoming the youngest ever winner. She first voiced
Peppa in the 2007 Christmas Special, Peppa’s Christmas.

Harley Bird features on the first Peppa Pig studio Album, My First Album, and Christmas
single, Bing Bong Christmas. She announced that she was leaving the Peppa Pig role in
January 2020, after 13 years. Amelie Bea Smith then auditioned for and won the role.

Amelie is currently too young to watch the series and so she has only seen the parts of the
show and scenes that she features in. She says the show is “too scary” for her to watch in
full.

As well as her blossoming career as an actress, Amelie enjoys school and taking part in
sports. Her favourite sports are running and gymnastics, which she currently attends 4 times
a week.

On being asked what her school friends think of her being the voice of Peppa Pig, Amelie
says that they don’t talk about it much but that they think it’s “really cool”. When it rains, one
of her friends points out muddy puddles and tells Amelie to go and jump in them, just like Peppa Pig, which Amelie thinks is really funny.

Amelie brings her own unique style to the voice acting behind Peppa Pig and says she
changes her own voice to make it a little more “Peppa”. Some of the voice actors on the
show have played characters since series 1, including Morwenna Banks who voices Mummy Pig, and Richard Ridings who voices Daddy Pig.

Other characters include George Pig (Peppa’s little brother who is voiced by Alice May and
Vincent Van Hulzen), Suzy Sheep (Peppa’s best friend who is played by Ava Lovell),
Grandpa Pig (David Graham) and Grampy Rabbit (Brian Blessed). Some of the cast voice
multiple characters in the show.

Peppa Pig has been broadcast in over 180 countries and is beloved by children and families
all over the world. Sydney Patrick is the voice of Peppa on the Cartoon Network version of
Peppa Pig, which is broadcast in the US.