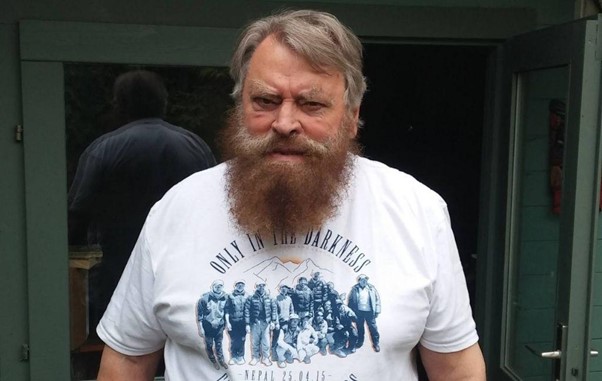 As children and adults alike delight at the wholesome and family friendly sensation that is Peppa Pig, older audience members might find themselves wondering why the voice of Grampy Rabbit is so familiar to them. Read on to find out why you may recognise that booming and lovable voice.

If you’ve found yourself watching an episode of Peppa Pig with your family and feeling a strange sense of comfort and familiarity that’s because Grampy Rabbit is voiced by none other than the British national treasure that is Brian Blessed (OBE).

Brian Blessed has been lending his highly recognisable voice to the animated series, Peppa Pig since the very first series. In fact, his character has become one of the most beloved in the series.

The adventurous Grampy Rabbit lives in a lighthouse

Brian Blessed’s iconic voice is warm, loud and comforting and his performance as Grampy Rabbit has been well received by Peppa Pig fans worldwide.

Grampy Rabbit features prominently in one of the most popular Peppa Pig episodes, Grampy Rabbit’s Hovercraft, where he steps in to save the day and takes everyone on a wonderful adventure.

In the 5 minute episode, Grandpa Pig plans to take George and Peppa sailing only to discover that his sailing boat has sunk. Thankfully along comes Grampy Rabbit on his hovercraft, which he uses to take Peppa, George and Grandpa Pig on a ride across the water.

George and Peppa enjoy the hovercraft, although the adults at the sailing club are less impressed. Despite their initial disapproval, the other sailing club members are grateful that Grampy Rabbit is there with his hovercraft to rescue them when the wind stops and they need to be towed back to shore. The episode ends with three cheers for Grampy Rabbit! Grampy Rabbit runs a boatyard, as shown in Grampy Rabbit’s Boatyard. Brian Blessed’s first line in the episode is a hearty “Ahoy there, me hearties!” as Grampy Rabbit greets Peppa and her family.

Just like Grampy Rabbit, Brian Blessed is an avid explorer and loves to go on adventures. He is a keen mountaineer and has reached the tops of Mount Kilimanjaro and Aconcagua. Brian Blessed has also attempted to climb Mount Everest 3 times and has written books about his expeditions.

An iconic actor with a stunning career

Brian Blessed is the oldest man to have reached the North Pole on foot. He has completed over 800 hours of Space Training and he’s also survived a plane crash! Talk about an adventurer! When you consider Brian Blessed’s personal history of exploration, it’s unsurprising really that he is so great in his role as Grampy Rabbit.

In 2016, Brian Blessed was recognised for his services to arts and charity and appointed an Officer of the Order of the British Empire (OBE). He has had a rich and colourful acting career and is a truly remarkable and talented voice actor.

As well as voicing Grampy Rabbit, Brian Blessed has lent his voice to productions such as Star Wars Episode I: The Phantom Menace, playing Boss Nass, and Disney’s Tarzan, in which he provided the voice of Clayton.

You may also recognise his voice from Asterix and the Big Fight, Trollhunters: Rise of the Titans and even video games such as 2021’s Evil Genius 2: World Domination. Brian Blessed has starred in many TV, film and theatre roles as well as doing a variety of work presenting and narrating. We think he’s absolutely fantastic and we couldn’t ask for a better Grampy Rabbit!

Grampy Rabbit is one of our absolute favourite animated characters of all time and you can actually visit Grampy Rabbit’s Sailing Club here at Peppa Pig World. Amazing!