A summer of staycation fun at Paultons Park 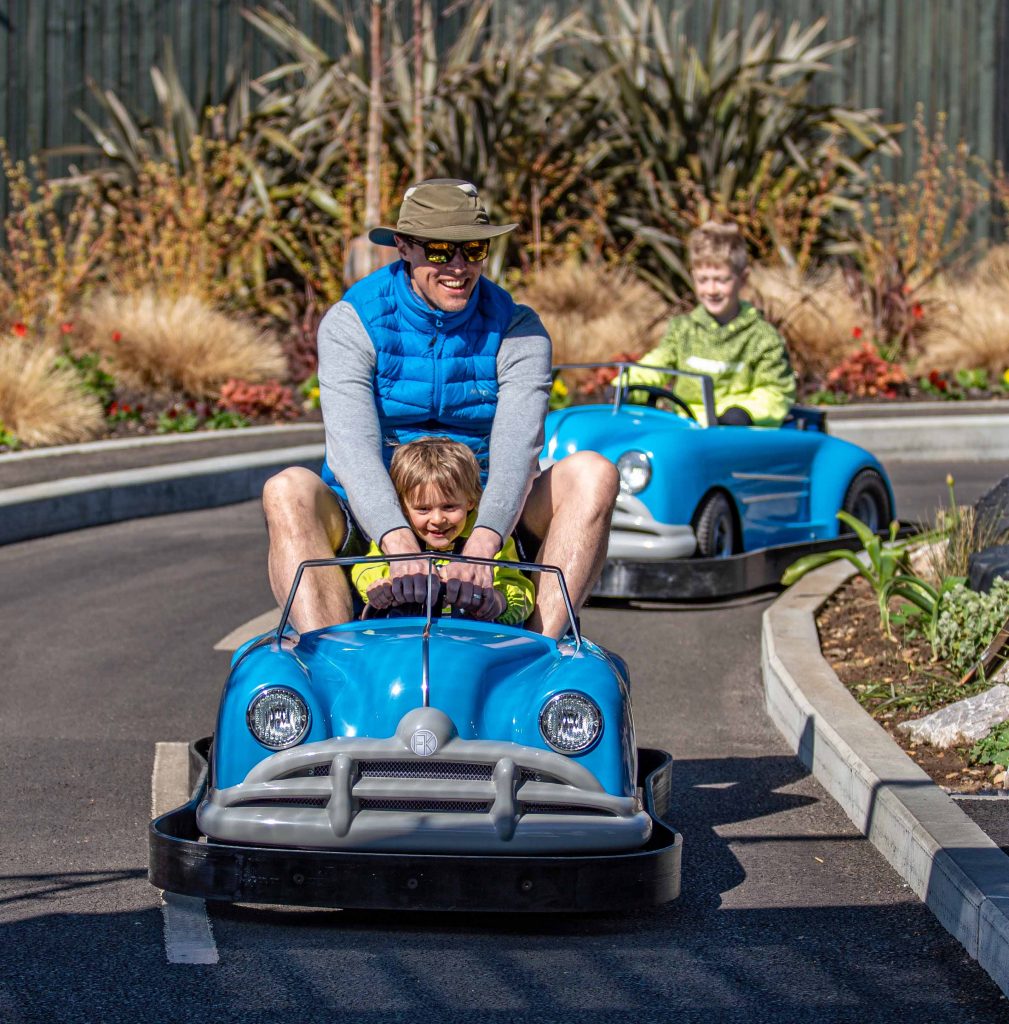 Paultons Park – the UK’s number one family theme park and the home of Peppa Pig World – continues to prove a popular destination of choice for families across the UK as domestic holidays resume once again.

The Hampshire-based attraction is now seeing an uplift in official short break bookings which, from £52 per person, allow families to visit the park for a second consecutive day free of charge when booking accommodation via the Paultons Breaks website.

James Mancey, Operations Director at Paultons Park, said: “The Paultons Breaks offer is ideal for families visiting the New Forest National Park as it allows them to spread their visit to Paultons Park over two days. That means parents can keep everyone happy by spending plenty of time in every section of the park, from Peppa Pig World for the little ones to Tornado Springs for slightly older thrill seekers.

“The New Forest presents a great destination for those looking to holiday in the UK. With a National Park, beaches, plenty of attractions, shopping centres and some brilliant hospitality venues, Hampshire really has it all and I am anticipating a busy summer for ourselves and our industry partners.”

For just £52 per person, families across the UK can kickstart their summer by booking a midweek stay at Days Inn Winchester. With Paultons Park’s Official Short Breaks, a family of four can enjoy a bed and breakfast stay, and a two-day trip to Paultons Park for just £206.

Alternatively, a family of three could check into the popular Holiday Inn in Eastleigh on 20th April between two action packed days at Paultons Park for only £248.

Tornado Springs is one of five themed worlds at Paultons Park and complements other areas in the park, including dinosaur themed land Lost Kingdom, Critter Creek and Little Africa, that each appeal to a variety of age groups.

In addition, a brand-new show is arriving at Paultons Park this summer. A Magical Pirate Adventure takes place on selected dates at the Show Stage and invites visitors aboard the good ship Paultons for pirate shenanigans and swashbuckling tales. Join Captain Bruce and the Pirate Pack as they embark on a journey across the Seven Seas and have some hilarious adventures along the way. A Magical Pirate Adventure is a mystical journey of fantasy not to be missed, full of magic moments, catchy songs and amazing effects and pyrotechnics that will amaze and delight.

Paultons Park is currently operating under limited capacities and therefore is seeing several popular dates sell out in advance.

James said: “With lots of pent-up demand and as capacity remains reduced, we are seeing tickets sell out often a couple of weeks in advance. We are continuing to urge families to book their visit well in advance to avoid disappointment.”

Paultons Park operates with a series of robust measures to manage the guest experience and keep guests and staff safe. Daily guest numbers will be limited, with all visits pre-booked online.

Visitors can find out more information and book a short break package on the Paultons Breaks website: https://www.paultonsbreaks.com/. ‘A Magical Pirate Adventure’ takes place on selected dates from 21st May to 19th September 2021 and specific dates can be seen on the Paultons Park website.

Please note that prices displayed are correct as of Wednesday 12th May 2021 but are subject to change at any time without notice.