Wow!!! The Triceratops Dinosaur was discovered by a cowboy! 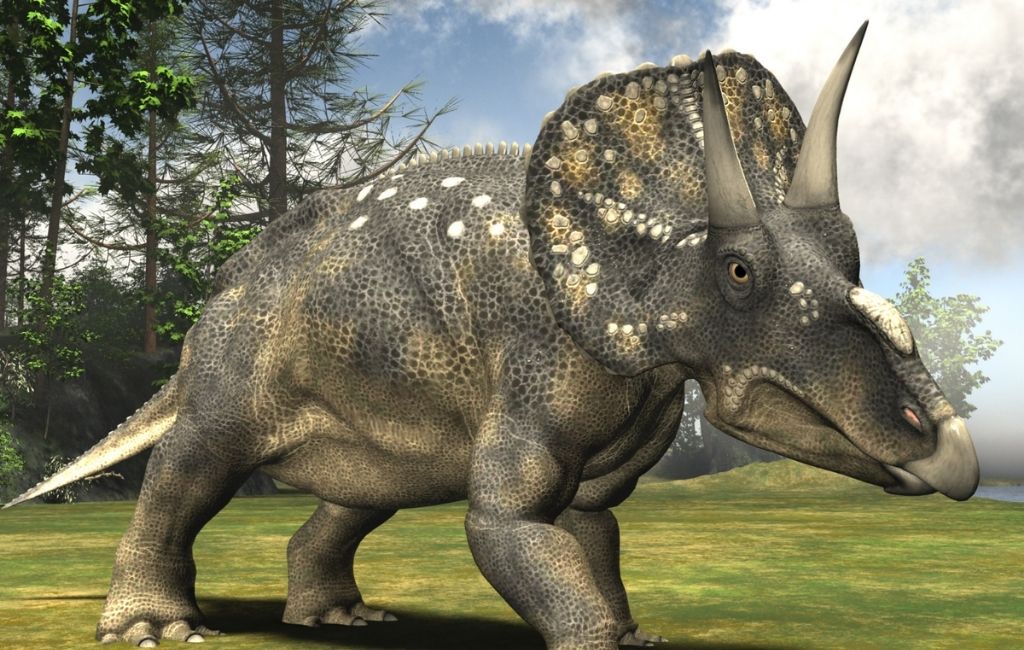 Triceratops was first discovered by a cowboy

The first Triceratops remains were discovered near Denver, Colorado, in the spring of 1877.

Due to the large horns, Othniel Charles Marsh, an American Palaeontologist, initially thought
that these remains belonged to an especially large variety of bison! Although we now know
they were a triceratops fossil.

In 1888 a cowboy named Edmund B. Wilson was startled to spot a monstrous skull sticking
out of the side of a ravine. He attempted to lasso to recover it but the horn snapped off and
the skull tumbled into the ravine. Hearing about the discovery, Othniel Charles Marsh,
ordered the recovery of the fallen skull and, upon discovering that the skull had three horns,
realised that they had discovered a new species of dinosaur. They named this new species
triceratops.

Did you know that the T-Rex was also first discovered near Denver, Colorado, just 3 years
earlier? Read also: We reveal the most “terrifying” T Rex facts!

Here at Paultons Park we love dinosaurs so much that we created an amazing, Jurassic themed area for you to explore with your friends and family- Lost Kingdom.

The Lost Kingdom dinosaur theme park is a prehistoric paradise, where dinosaurs of all shapes and sizes will greet you at every turn. It’s home to all kinds of ROAR-some dinosaur themed attractions, including family friendly rides, world class roller coasters and even some ‘living’ walking animatronic dinosaurs that you can meet throughout the day.

Before we welcome you to the Lost Kingdom at Paultons Park, here’s your chance to learn about one of the most interesting dinosaurs around – the Triceratops.

We’ve put together a collection of fascinating facts all about our favourite three-horned friend to tickle your brain and impress your family and friends! Ready to find out more about one of the world’s best known dinosaurs? Let’s dive right in!

The name is derived from the Greek words trí- (τρί-) meaning ‘three’, kéras (κέρας) meaning
‘horn’, and ṓps (ὤψ) meaning ‘face’. It is named because of its distinctive three horned skull.

There are 2 different species of Triceratops

Due to the sturdy nature of the triceratops skull, many fossils have been found well
preserved. This means that scientists have been able to determine 2 definite species of
triceratops, although there could have been more!

The two species are called T. horridus and T. prorsus and, although similar, we know that
they never lived together at the same time. T. horridus remains can be distinguished from T.
prorsus for having a shallower snout.

Triceratops is from the Late Cretaceous period

Which means that they lived about 68-65 million years ago, at the same time as some of the
big meat eating dinosaurs like T-Rex and Albertosaurus.

Perhaps one of the best known things about the triceratops is that it had three big horns on
its head. Two massive horns above its brow and a smaller one on its nose (in a similar
position to that of a rhinoceros).

When the triceratops were young, their brow horns were shorter and curved backwards
towards their frill. As they reached full maturity, the horns straightened out and protruded
forward up to 1 metre in length!

Triceratops used their horns for combat!

It is likely that triceratops used their horns and frill to fight, communicate and perform
and mating displays to other triceratops and to fight off predators.

Some triceratops remains have been found with partially healed tyrannosaur tooth marks,
suggesting that the three horned dinosaur was sometimes able to fend off its attacker. Some
of the bite marks found in remains do indicate that T-Red sometimes fed off triceratops, so
it’s remarkable that some of them got away!

The smaller horn atop its nose was made of keratin, the same substance that makes up our
fingernails. This horn wouldn’t have been as strong as the others and its unlikely to have
been used for combat.

Triceratops were herbivores, which means that they fed on plant life and didn’t eat meat.
Herbivores like triceratops did not eat other dinosaurs.

Their front legs were shorter than their back legs, which meant that their heads were low to
the ground and they most likely ate low growing plants like ferns and conifers.

Their bird-like beaks meant that they could have eaten tougher vegetation and their
enormous weight would have meant they could use their bodies to knock down palms and
Cycads.

Part of what made the triceratops so recogniseable was that its skull was so big. Dinosaur
fans will instantly be able to spot the distinctive oversized head, horns and backwards frill.

The largest triceratops skull discovered would have been 2.62 metres in length and over 2
metres in width, accounting for roughly a third of the total size of the triceratops.

A Triceratops skeleton is worth millions!

In 2021, giant triceratops “Big John” sold at auction in Paris for 5.5 million euros. Big John is
the world’s biggest triceratops skeleton and measures a whopping 7.15 metres in length.
Big John’s skeleton is over 60% complete and its skull is over 75% complete. The triceratops
was discovered in South Dakota in 2014, where its skeleton has been preserved in mud for
66 million years!

If you’ve enjoyed learning about our favourite three-horned herbivore, you should try our
What dinosaur are you? Quiz where you can put your dinosaur knowledge to the test.

We think you’re ready to come and experience the prehistoric land of the dinosaurs first
hand here at Paultons Park, where you can come face to face with the absolutely magnificent triceratops at Lost Kingdom. Book your tickets today and prepare to have a ROAR-some time!