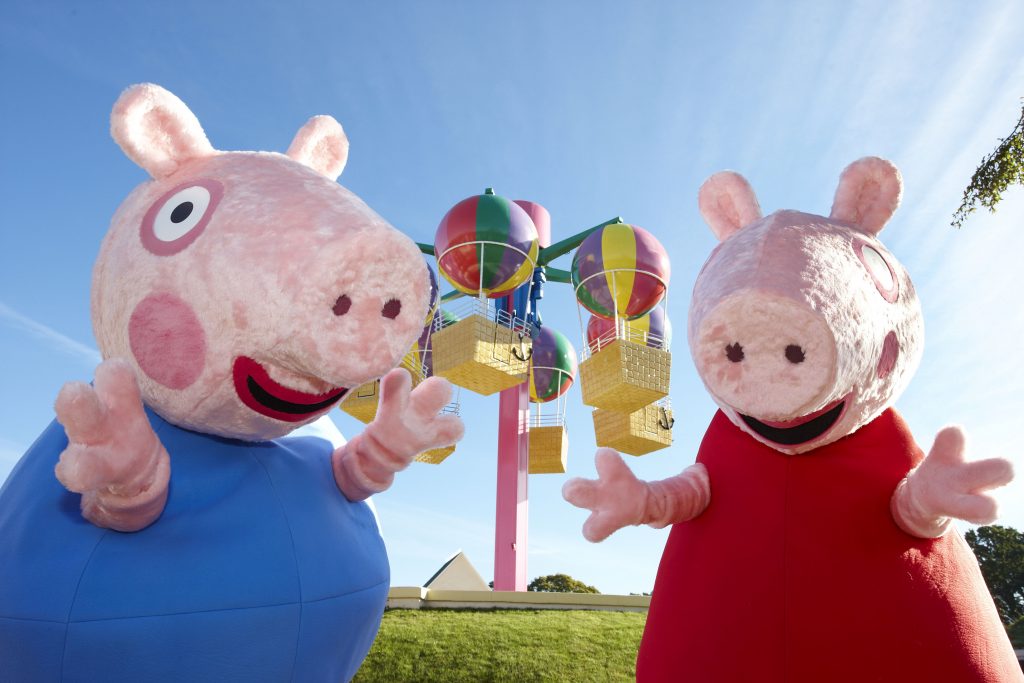 We think Paultons Park is the best place to come for a day out with your family. But do not just take our word for it – Paultons Park has won TripAdvisor’s Best UK Amusement Park in the UK for 5 years running.

To celebrate this, we would love to let you in on the history of one of our most popular themed worlds here at the theme park; Peppa Pig World.

Peppa Pig World first opened to the public in April 2011 and has been a firm family favourite. But did you know that planning for the park started way back in 2009?

Peppa Pig World at Paultons Park is the world’s first Peppa Pig themed amusement park, and we knew right away that it was going to be something really special. We meticulously designed and planned the rides, attractions, and theming of this land; making sure we created a place that families could enjoy for years to come.

When the park first opened it had 7 original children’s rides, including George’s Dinosaur Adventure, which is still one of our most popular rides with guests. It also featured Peppa’s house, George’s Indoor Spaceship Playzone and Mr Potato’s Playground, which you can still enjoy to this day.

The very first visitors to the park were able to grab a bite to eat at Daddy Pig’s Big Tummy Café, which has been here from the beginning. The menu includes treats such as cookies, muffins, pizza, and sandwiches in addition to a wide selection of hot and cold drinks. Click here to browse the entire menu.

Drawing inspiration from the animated series

Every ride at Peppa Pig World was inspired by one of our favourite episodes of the animated series. We felt this was an important part of creating a magical and immersive experience for fans of the show. Visitors can expect to spot characters, props and landmarks that are recognisable and have been brought to life..

All of the rides and attractions were made with the entire family in mind and the park has many rides suitable for very young children.. It is the perfect place to make fun memories that will last a lifetime.

Peppa Pig World is also home to the world’s largest dedicated Peppa Pig Toy Shop, where you can get your hands on exclusive Peppa merchandise and even go home with your very own Mr Dinosaur. See our range of toys, clothing and accessories that you won’t find anywhere else!

In 2018 Peppa Pig World underwent a huge and exciting expansion, which brought even more ways to have fun with the addition of two fabulous new rides and a second dining option, the Queen’s Kitchen.

Since this expansion, visitors have been able to sail around Pirate Island in a gentle and colourful spinning boat ride, Grampy Rabbit’s Sailing Club. Also new to the park in 2018 was the Queen’s Flying Coach Ride, an elevated track ride that transports riders around the castle and provides stunning views of the park.

With so many exciting things to do here at Peppa Pig World, opening day feels a long time ago indeed. In fact, since this part of the park opened, we have welcomed over 10 million visitors from all over the world and have seen extensive media coverage and positive reviews from families who have loved it here!

Whether you are planning your first trip to Paultons Park or are one of our many returning guests, we cannot wait to help you and your family have a great day out! Check the park’s availability and reserve your Peppa Pig World tickets on our website today.