Which Dinosaurs had Feathers? 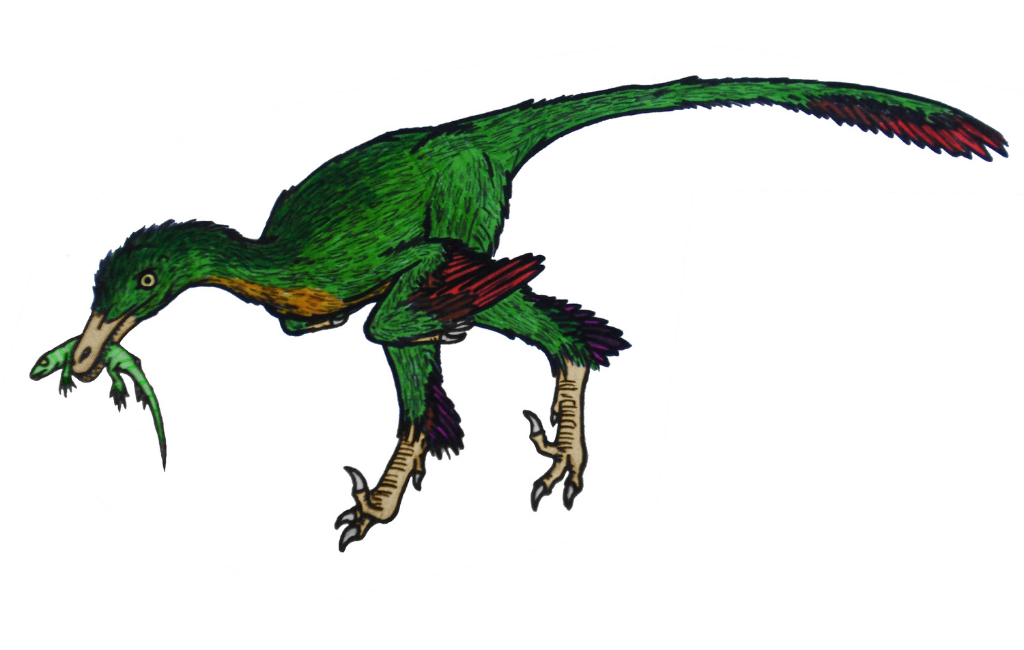 If you love learning about dinosaurs as much as we do, this article is going to be right up your street. In it, we’re going to be taking a look at the magnificent prehistoric animals and finding answers about their fascinating feathery pasts. We’re excited!

If you’d like to go on an exciting dinosaur adventure with your friends and family, why not come down to the Lost Kingdom at Paultons Park. We’ve got roller coasters, family rides and animatronic dinosaurs to keep you entertained (and on your toes!) for an unforgettable day out!

You can WOW your family with all the cool new dinosaur knowledge you’ve picked up from our dinosaur themed blog and inspire them to dive into a big day out exploring the Lost Kingdom. For instance, did you know that some dinosaurs had feathers???! Pretty cool! Let’s learn a little bit more about it.

When did we learn about dinosaurs having feathers?

The first dinosaur fossils that appeared to have feather-like structures on them were found in China in the 1990s. However an expedition in 2011 that took place in Alberta, Canada, proved to be much more conclusive. During this Canadian fossil hunting expedition, palaeontologists uncovered amber samples that contained feathers believed to be from the dinosaurs!

The age of the feathers were estimated to be around 70 to 80 million years ago. This means that the dinosaurs who they belonged to were alive during the Cretaceous period. A total of 11 feathers were found preserved in the amber, which we will learn more and more about as technology advances.

Which dinosaurs had feathers?

Not all dinosaurs had feathers. The majority of the dinosaurs that we know to be feathered belong to the theropod classification of dinosaurs. Theropods are carnivorous dinosaurs who stood upright on 2 legs with each foot having 3 toes.

Human beings are currently aware of around 700 dinosaur species and only 77 species that had feathers. That means there are well over 600 dinosaur species that we know about who did not have feathers. In fact, feathered dinosaurs are in the minority. However, there could be other species of feathered dinosaurs that haven’t been discovered yet and some species we already know about may yet turn out to be feathered!

Some examples of feathered dinosaurs that you might be familiar with are Velociraptor, Spinosaurus and Tyrannosaurus Rex.

Did T-Rex really have feathers?

Evidence suggests that, yes, T-Rex probably had feathers. This is based on the fact that other tyrannosaur dinosaurs have been discovered to have feathers.

Despite the fact that the depictions of T-Rex in popular culture portray the infamous predator with smooth lizard-like skin, scientists now believe that T-Rex would actually have been feathered – which we think actually adds to the fear factor!

While it may be difficult to picture a feathered T-Rex off the top of your head, you might find it easier to do so when you consider the body shape of larger birds and how similar they are to that of a T-Rex.

Scientists believe that a T-Rex would probably have had feathers when it was young in order to help keep its body temperature. An adult T-Rex would have had enough body mass to generate a lot of heat and probably wouldn’t have needed feathers to stay warm so T-Rex may have lost its feathers as it aged.

Want to learn more about the incredible lizard king? Check out our terrific (and terrifying!) T-Rex Facts.

Were dinosaur feathers the same as bird feathers?

The dinosaur feathers discovered in Alberta, Canada, were proto-feathers; thin feather-like fibres that would have covered a dinosaur’s body in a similar pattern to that of feathers.

Feathers would have helped dinosaurs with insulation, temperature regulation, mating displays and in giving them “lift” (a boost of speed that propelled them forwards through the air) when chasing prey or escaping predators.

What colour were dinosaur feathers?

Dinosaur feathers varied in colour. Just like the birds of today! Scientists have discovered many feathers that were likely varying shades of grey but they have also found brighter rust-like colours. Palaeontologists have also been able to decipher different patterns of colour like striped tails.

The proteins found in fossilised feathers have indicated that both T-Rex and Velociraptor had grey feathers, black feathers and red feathers similar to those found in hawks. It is possible that they also had feathers which were blue, green and purple in colour but the evidence left by those colours breaks down quicker than in red colours, meaning that there may no longer be traces of the colours left to find.

No. According to scientists, dinosaurs could not fly. At least not in the same way as we see birds flying today.

Some dinosaurs, particularly feathered dinosaurs, may have been able to achieve lift off the ground when fleeing, chasing or jumping, but they were unable to sustain flight.

Dinosaurs coexisted with flying winged reptiles, known as pterosaurs, which are commonly featured alongside dinosaurs in popular culture. Pterosaurs are flying reptiles and are not actually dinosaurs, which existed solely as land animals.

Yes. It might be hard to believe that sparrows, owls, hawks and even pigeons are dinosaurs but they are. Birds are living dinosaurs.

Birds have evolved over millions of years from certain kinds of theropod dinosaurs. Over these millennia they have become smaller, evolved to have toothless beaks, experienced a shortening in the legs and a lengthening in their forelimbs and developed the ability to sustain flight – among other changes.

However, despite all of these changes, birds are modern day dinosaurs. We think that’s absolutely amazing!

Visit us at Lost Kingdom!!

We want to celebrate our love of all things dinosaur with you at Lost Kingdom in Paultons Park. Lost Kingdom is home to plenty of rides and attractions to excite and delight explorers of all ages. Soak up the thrilling atmosphere of the prehistoric era, absorb the dinosaur themed fun, ride two world-class roller coasters and grab a bite to eat at Base Camp.

You can meet actual dinosaurs around the park, get up close and personal with our “living” animatronic dinosaurs in Alive! Dinosaur Encounter or take a classic 4×4 dinosaur expedition tour through the land for the day of your life! Little explorers can discover fossils in the play area, swirl and dodge between dinosaur eggs and boulders in Boulder Dash and get kitted out with dinosaur themed goodies at Outpost 12.

There’s so much to see and do at Lost Kingdom! Book your Paultons Park tickets online to avoid disappointment on the day. We look forward to welcoming you here for a ROAR-some time!