Peppa Pig World Set to Get Even Bigger and Better! 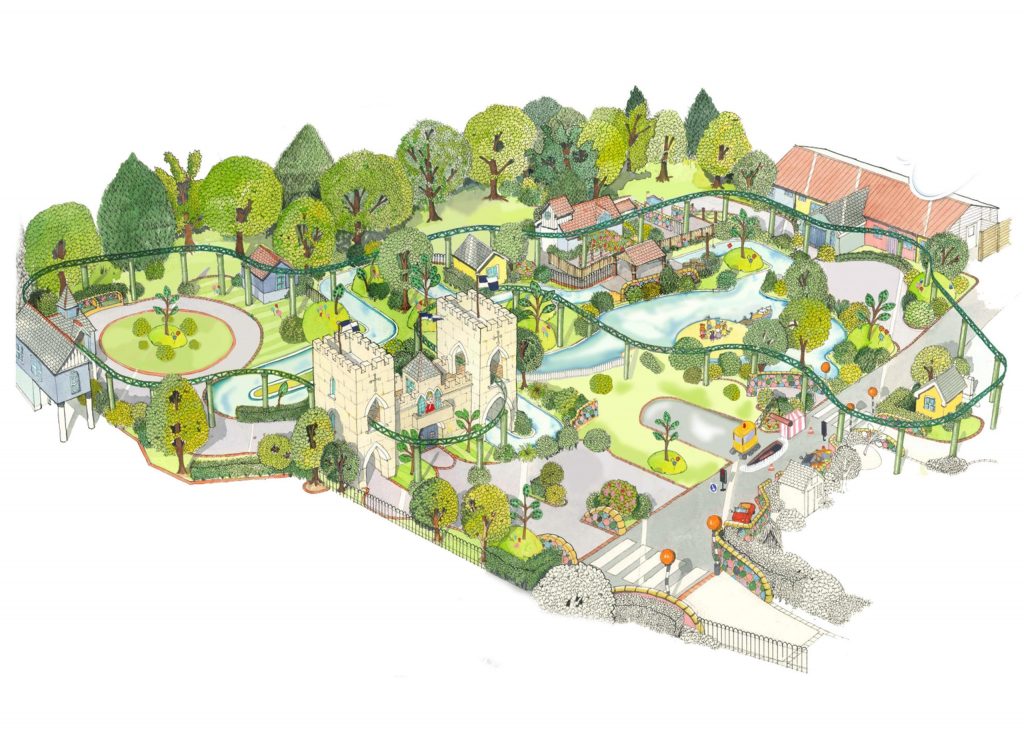 Fans of the Entertainment One’s (eOne) hit TV series will be snorting with delight when the two new rides, The Queen’s Flying Coach Ride and Grampy Rabbit’s Sailing Club, are unveiled to the public on Wednesday May 16, 2018.

The Queen’s Flying Coach Ride will take families on a tour around the newly extended part of Peppa Pig World in individual coaches on a monorail that starts from the top of the Queen’s castle, a signature point of the attraction. Children and parents will also be able to hop aboard boats at Grampy Rabbit’s Sailing Club where they can cruise along the new water route around Peppa Pig World and discover Pirate Island.

As well as the new rides, Paultons Park has also created an additional dedicated baby care centre and a new catering outlet called The Queen’s Kitchen, in Peppa Pig World.

Stephen Lorton, commercial director at Paultons Park, said: “This is a very exciting announcement for Paultons Park. Peppa Pig World continues to be very popular and attracts huge numbers of visitors from all over the world in the six years since its opening. A magical aspect of the expansion is that the Queen’s Flying Coach Ride offers panoramic views of Peppa Pig World and the Park beyond.”

Katie Rollings, Head of UK Licensing at Entertainment One, said: “We are delighted to work with Paultons Park on the expansion of the ever-popular Peppa Pig World. Paultons Park offers families the opportunity to fully immerse themselves into the world of Peppa Pig and since opening in 2011, it has become an instrumental part of this beloved brand.”

A must-see destination for fans of Peppa Pig, Paultons Park has twice been awarded TripAdvisor’s top accolade of best UK amusement park and has welcomed millions of visitors and scores of celebrity faces since first opening in 2011, including Katherine Jenkins, Alesha Dixon and Holly Willoughby. Peppa Pig World is one of the many highlight features of the park and extensive planning has gone into the creative development of the new extension which offers fans new rides and facilities.

With the addition of the two new rides there are now nine rides in total at Peppa Pig World, as well as an indoor play area, water splash area, and the largest and only dedicated Peppa Pig shop in the world. There is also a chance for children to visit Peppa and her family in their hilltop house.

The Queen’s Flying Coach Ride and Grampy Rabbit’s Sailing Club will be open to the public at Paultons Park – home of Peppa Pig World, from Wednesday May 16, 2018.

For further information about Paultons Park including opening times and to book tickets online in advance, visit: paultonspark.co.uk .

Family-run theme park Paultons Park opened in 1983. The park covers 140 acres and has more than 70 rides and attractions including Jurassic-themed attraction Lost Kingdom, which saw the park have a record breaking year in terms of footfall when it opened in 2016.

Entertainment One Ltd. (LSE:ETO) is a global independent studio that specialises in the development, acquisition, production, financing, distribution and sales of entertainment content. The Company’s diversified expertise spans across film, television and music production and sales, family programming, merchandising and licensing, and digital content. Through its global reach and expansive scale, powered by deep local market knowledge, the Company delivers the best content to the world.

The Company’s rights library is exploited across all media formats and includes more than 100,000 hours of film and television content and approximately 40,000 music tracks.