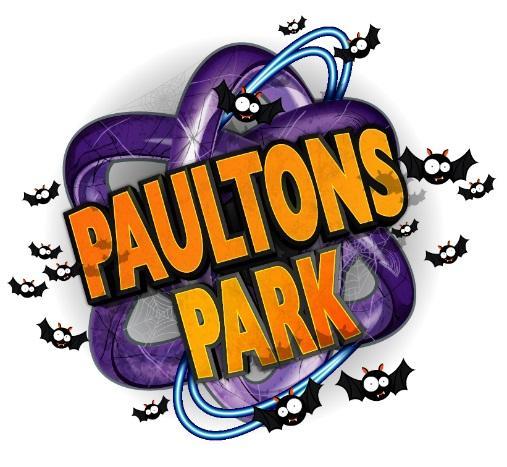 Award-winning amusement park, Paultons Park, is getting ready for Happy Halloween, its biggest seasonal event ever, which includes several new themed shows and attractions, and new late-night opening hours for the whole family to enjoy the frighteningly fun festivities after dark.

Paultons Park in the New Forest National Park, Hampshire, is launching its spooky décor and Halloween-themed attractions on Saturday, October 4, and they will be on show until Saturday, November 5. The Park will be extending its opening hours on Friday, October 26 and Saturday, October 27, from 10.00am – until 7.30pm.

New for 2018, join the elite team of Ghost Hunters who will be taking to the stage during half term for an all-singing, all-dancing theatrical show, The Legend of Paultons Manor. The show follows the exploits of the intrepid Spirit Squad as they try to help Pickles the Pumpkin track down the Creepy Gatekeeper, who is preventing Pickles from throwing the best Halloween party ever. The Legend of Paultons Manor will be showing at Paultons Park during October half term, from Saturday, October 20 until Wednesday, October 31. Show times will be available on the Paultons Park app and advertised upon entry into the Park.

Also new this year, Paultons Park is launching a new seasonal immersive attraction called The Big BOO Barn, where trick-or-treaters can make their way around the spooky farmyard – themed barn, with help from talking vegetables, Cornelius Corn and Professor Pumpkin.

James Mancey, operations director at Paultons Park, said: “Halloween has become a popular event in the UK calendar and offers an opportunity for families to create memories, and have some spooky fun together. We have been working on our new Happy Halloween event for nearly a year and have added more attractions and extended our hours on Friday October 26th and Saturday October 27th,  so that everyone can enjoy the Halloween fun, as darkness falls.”

“Paultons Park will be completely transformed overnight into a spooktacular place to have a hauntingly good time, with more than 2,000 pumpkins, new mischievous characters and eerie music, to help set the scene and provide an enjoyable, immersive experience for all ages.”

Alongside this series of events, all little monsters are encouraged to dress in their scariest costumes and participate in the Freaky Fancy Dress Competition, where all participants have the chance to win prizes.  The fiendish family fun will end each day with the Little Monsters’ Ball, which will take place at Show Stage daily throughout the month-long event.

Earlier this year Paultons Park – home of the UK’s first and exclusive Peppa Pig World, launched two new Peppa Pig themed rides at its popular attraction for the first time since opening in 2011. Grampy Rabbit’s Sailing Club and the Queen’s Flying Coach Ride takes visitors on a tour of the newly-expanded Peppa Pig World. Both rides are suitable for children of all ages including babes in arms. Paultons Park is also home to more than 70 rides and attractions including Jurassic-themed attraction, Lost Kingdom.