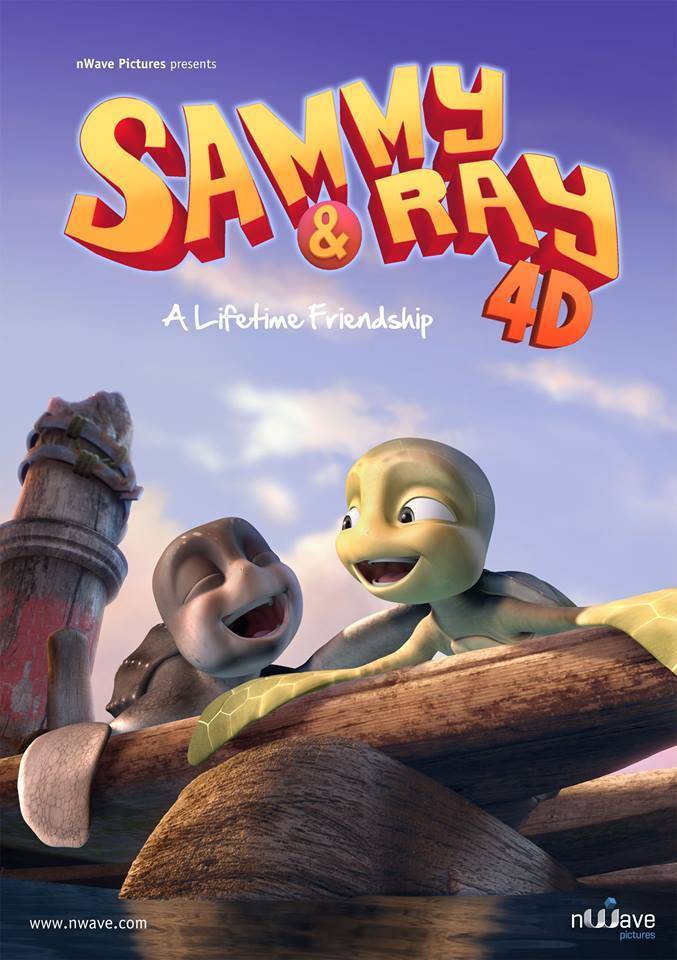 Sammy and Ray is our brand new 4D Film which will be launching when the Park reopens again for February Half Term from the 12th February 2017 as well as Lost Kingdom.

Sammy and Ray our brand new 4D Film is about a newly hatched Green Turtle named Sammy and his best, Leatherback, buddy Ray as they cruise the oceans on a makeshift raft having the time of their lives. After years of fun, their temporary home breaks apart and they find themselves exposed to all kinds of danger on the open seas. Years go by and just when Sammy has given up all hope of ever seeing Ray again, they are reunited in a dramatic rescue.  Be prepared to hold on to your seat and experience a unique encounter.