A brand-new show sails into Paultons Park this summer 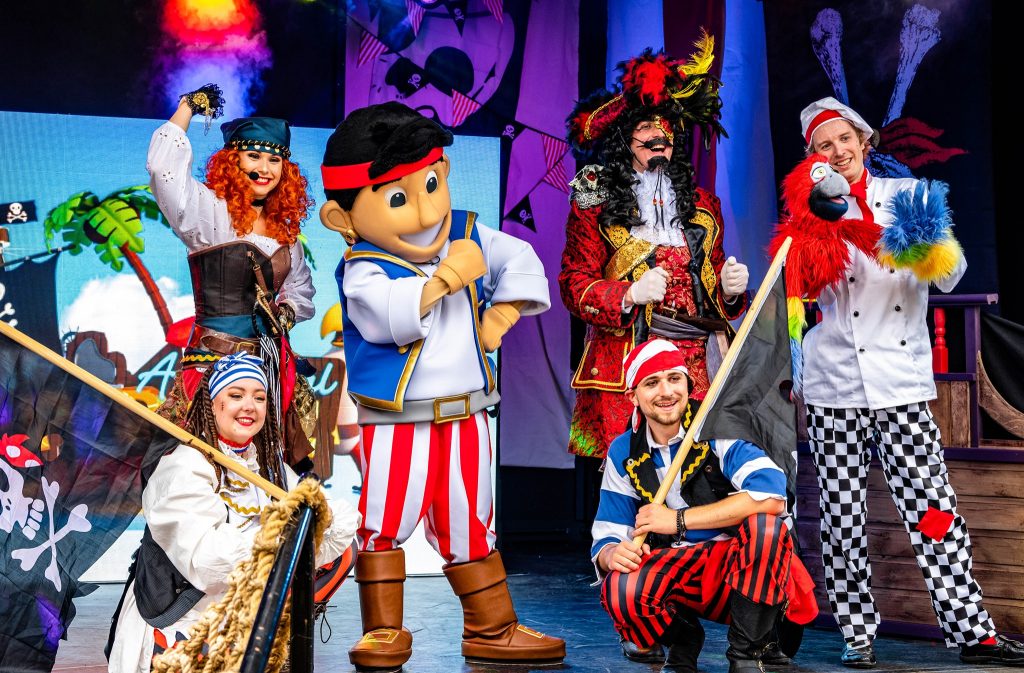 Romsey-based Paultons Park – the UK’s number one family theme park and the home of Peppa Pig World – has revealed its brand-new show, A Magical Pirate Adventure, which opens on Friday 21st May after further easing of COVID-19 restrictions.

A Magical Pirate Adventure takes place on selected dates at the Show Stage and invites visitors aboard the good ship Paultons for pirate shenanigans and swashbuckling tales. Join Captain Bruce and the Pirate Pack as they embark on a journey across the Seven Seas and have some hilarious adventures along the way.

James Mancey, Operations Director at Paultons Park, said: “We’re looking forward to opening our brand-new show at Paultons Park. Live performances are a big hit with families and solidify the fun, value-for-money day out that we strive to offer all guests.

“Guests can expect a lot of laughs from our new pirate-themed show as well as some feel good tunes and a story line that is sure to entertain parents and little ones alike.”

A Magical Pirate Adventure is a mystical journey of fantasy not to be missed, full of magic moments, catchy songs and effects and pyrotechnics that will amaze and delight.

Tornado Springs is one of five themed worlds at Paultons Park and complements other areas in the park, including dinosaur themed land Lost Kingdom, Critter Creek and Little Africa, that each appeal to a variety of age groups.

Peppa Pig World at Paultons Park is the world’s first and largest Peppa Pig World and is home to nine fun rides including Peppa’s Big Balloon Ride and The Queen’s Flying Coach Ride.

Paultons Park operates with a series of robust measures to manage the guest experience and keep guests and staff safe. Daily guest numbers will be limited, with all visits pre-booked online.

‘A Magical Pirate Adventure’ takes place on selected dates from 21st May to 19th September 2021 and specific dates can be seen on the Paultons Park website: https://paultonspark.co.uk/